This website uses cookies to provide you with a great user experience. By using it, you accept our use of cookies
Get The App
Blog archive

The textile industry and the implication of Super Tax 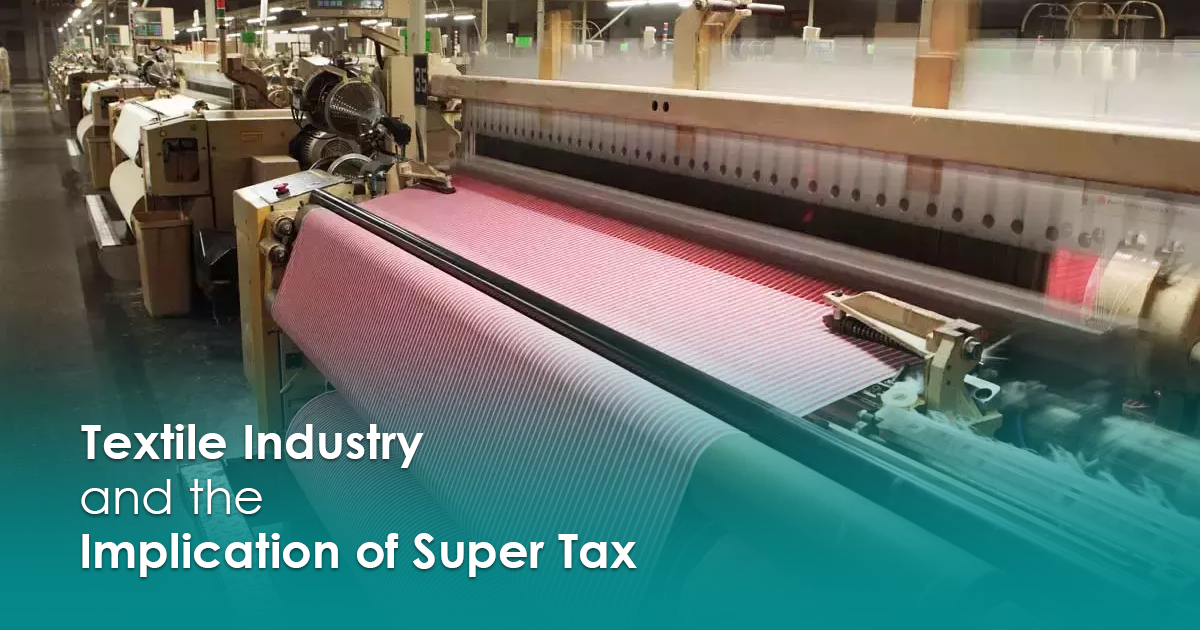 Pakistani Prime Minister Shehbaz Sharif announced on Friday, 24th June, a supertax of 10% on large-scale industries: textile, cement, steel, and automobiles. These tough decisions are taken to tackle the spiraling inflation and attempt to protect the cash-strapped economy. The government's motive is to redistribute the income, curtail the primary deficit, stabilize the economy and boost confidence.

The announcement is distressing for the textile industry, which significantly contributes to Pakistan's economy. According to the All Pakistan Textile Mills Association (APTMA), textile exports increased by 28% to $17.67 billion in the first half of this fiscal year which is substantially higher than about $13.76 billion in 2021.

Many in the textile industry have expressed immense concern over the imposition of a 10% super tax on the textile industries. The patron-in-chief of the Pakistan Hosiery Manufacturers Association, Chaudhry Salamat Ali, stated that the sector would face massive losses due to this additional super tax and that as a result, many organizations would close down. However, these measures by the government are being taken to protect the economy; it may backfire because exports will surely decrease with the electricity and gas hike followed by this super tax.

Recently the government increased the price of electricity and gas by approximately 33%. The mark-up rate was raised by the state bank of Pakistan to more than 13%, thereby increasing the cost of capital. These factors make it impossible for the industry to continue doing business and maintain competitiveness on a global scale. There is a high possibility of many losses in the textile industry, including companies shutting down indefinitely after the implementation of the super tax.

The textile industry is one of the most significant contributors to Pakistan's GDP, contributing close to 3.4% to the GDP, and hence is the backbone of Pakistan's economy. The textile sector to succeed and grow has always needed supportive government policies; however, the current super tax announcement is anything but that. If the textile sector could grow immensely, it would greatly support the country's economic crisis.

Pakistan Hosiery Manufacturers & Exporters Association (PHMEA) has rejected the government's super tax because of the belief that it would slow down the economy. The textile industry in Pakistan is already paying a tax rate of 29%, and further imposition of taxes would be detrimental to the textile sector.

The imposition of the super tax on large industries, including the textile industry, has been denounced by the Acting President of the Federation of Pakistan Chambers of Commerce and Industry, based on the simple fact that the textile industry already pays a hefty corporate tax of 29% while generating millions of jobs in the country.

It is challenging to keep running the mills/factories and keep them afloat with a supertax. Therefore, the move to impose a super tax will not only slow down the performance of the textile sector in Pakistan but will lead to exorbitant prices of textile and textile-related products.